I was also thrilled to find Cha Cha Matcha on Lafeyette, a coffee and tea bar that has nothing to do with the Latin American cha cha. Instead, “cha” is derived from the Japanese word for tea, “ocha.”

The tea happens to have 100 times the antioxidants of regular brewed tea and given the interest in improving one’s health, they were drawn to matcha’s ability to help fight inflammation, tissue damage, and more.

Here, the matcha is served straight up or in bites such as a matcha cream-filled croissant, vegan banana bread and soft-serve ice cream.

It’s known as the place where figure-conscious models like Gigi Hadid, Jasmine Tookes, and Taylor Hill stop by for their tea fixes

There are three locations in Nolita (373 Broome), NoHo (327 Lafayette) and Nomad (1158 Broadway). Their first L.A. location is slated to open next month. 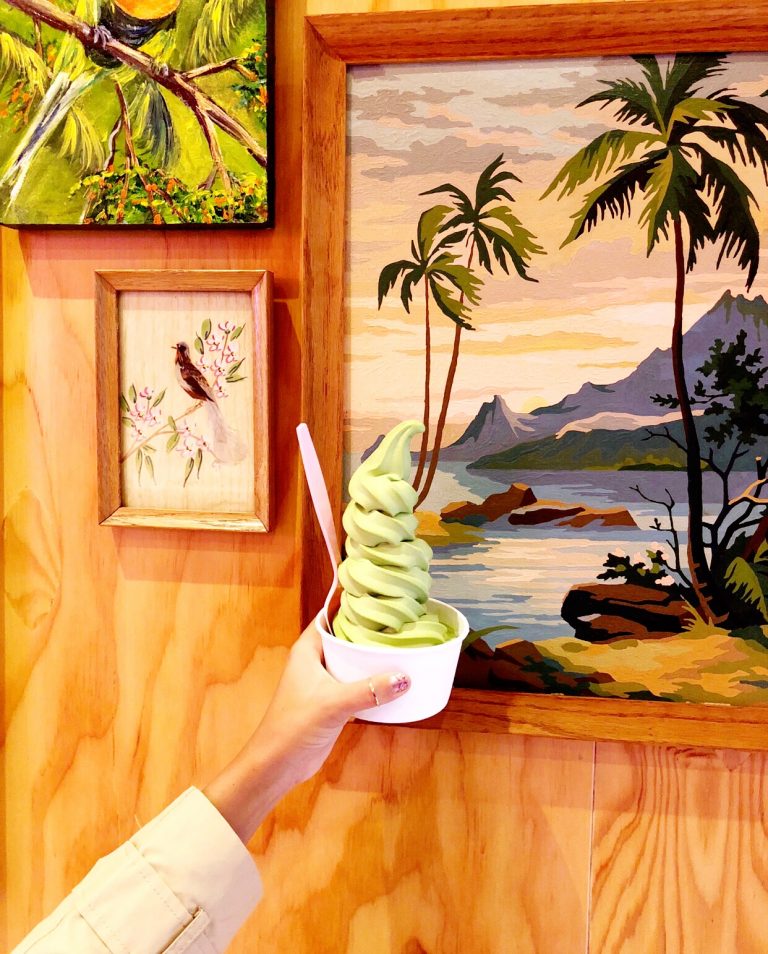 If you love Green Tea, this Matcha Sundae is the perfect sweet treat! 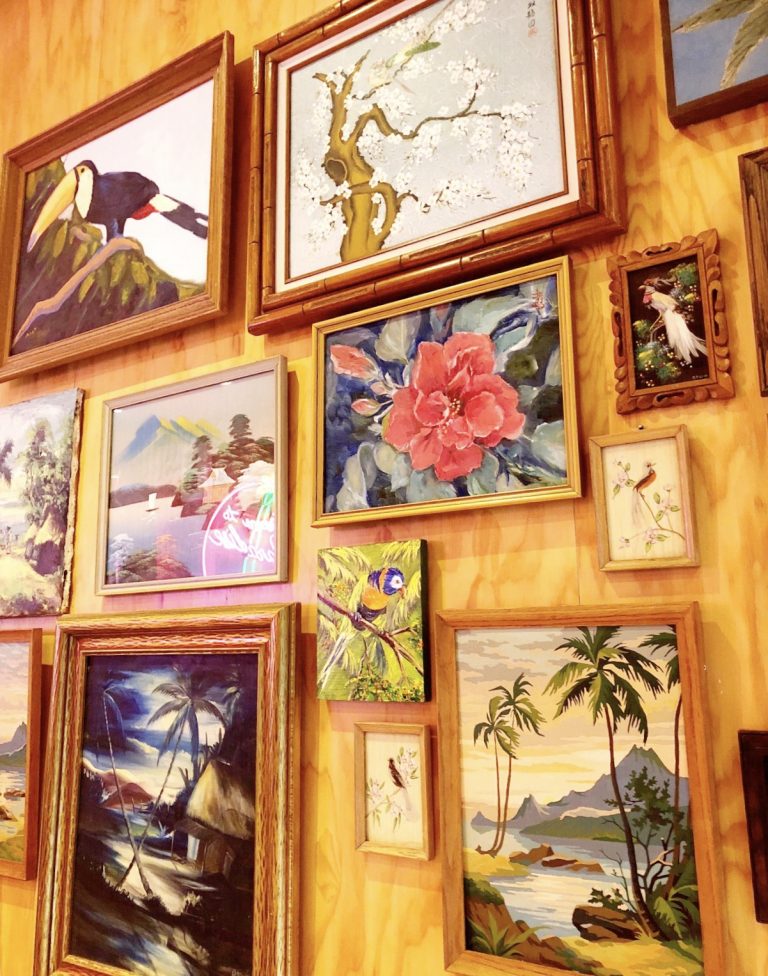 Tropical prints line the walls for a fun, paradise vibe. 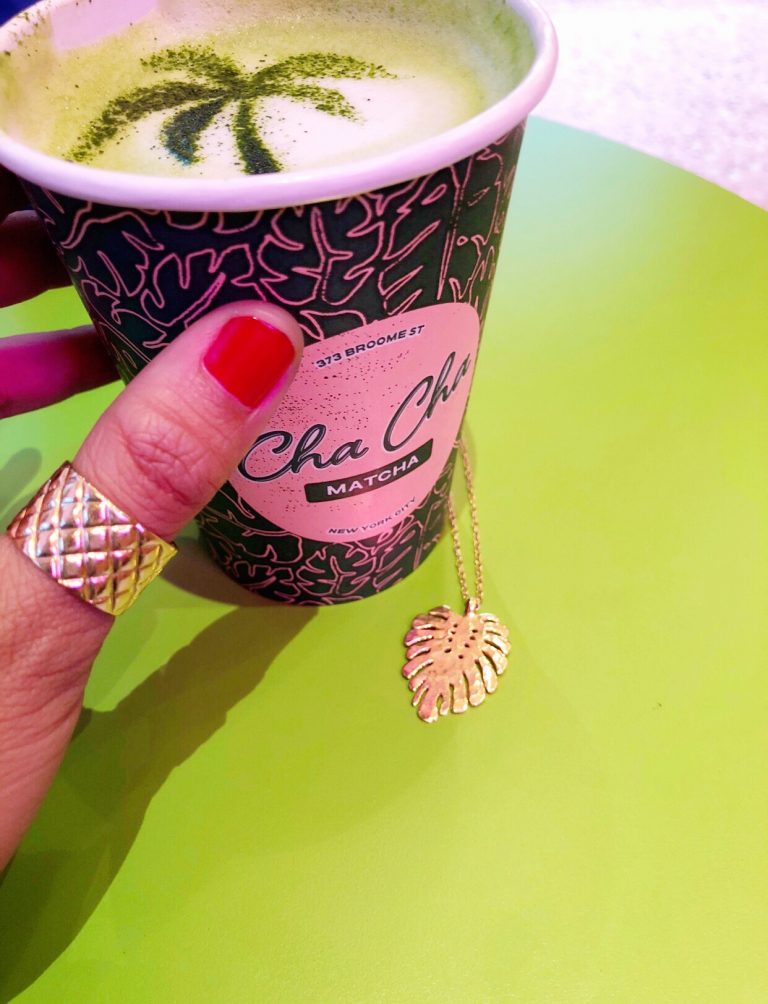 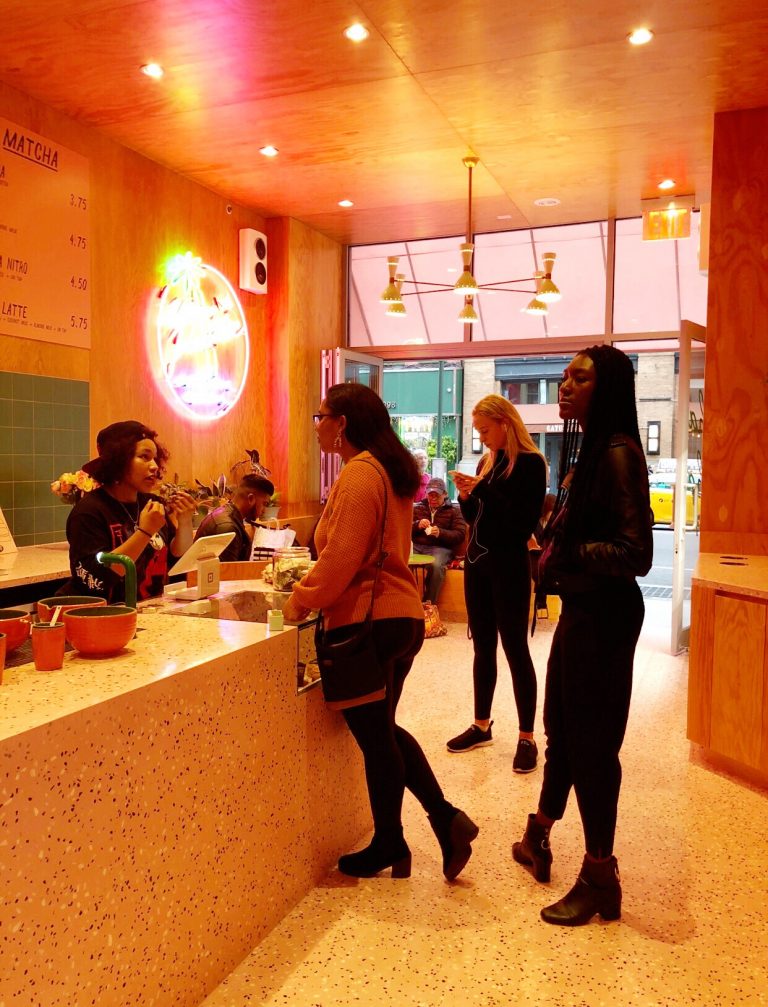 Order up with all your Matcha favorites! 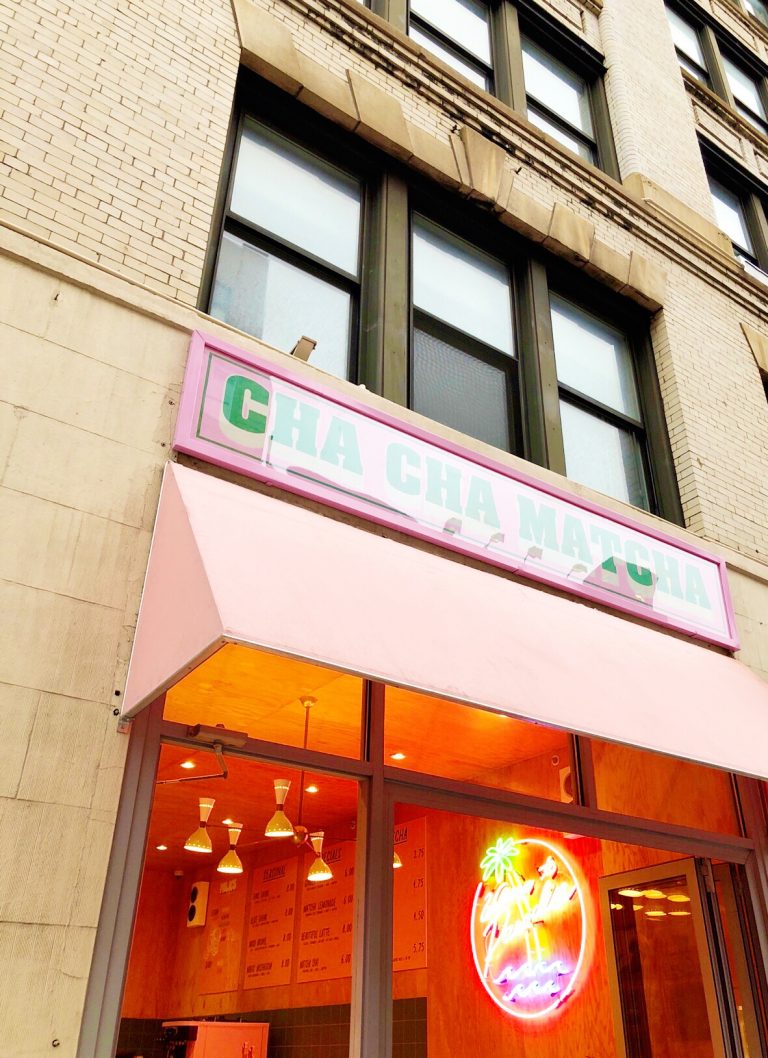 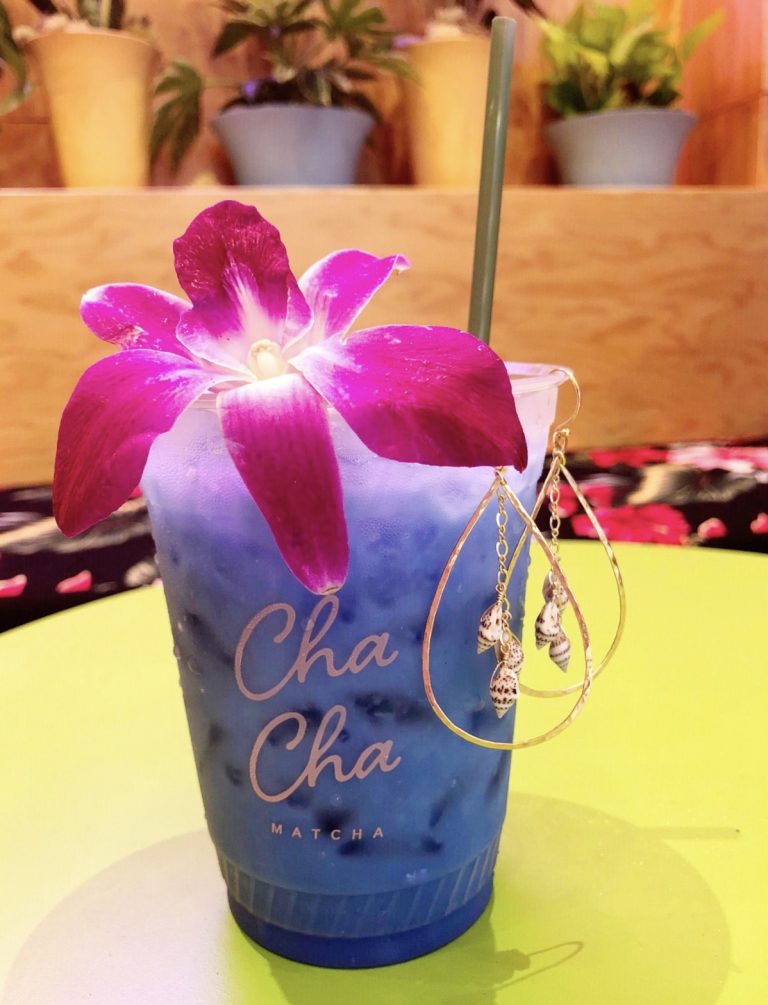 The “Blue Drink” was so delicious including Lavendar, matcha and vegan milk. Also shop our new “Lei Teardrop earrings.”